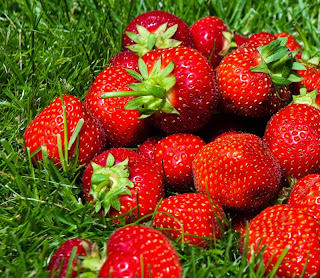 I found myself playing 'uncertainty tennis' again earlier this week. Perhaps you don't call it that... 'paranoia ping-pong' maybe? Or possibly 'confusion Kerplunk'. On the other hand - perhaps it's just me... And no one else ever catches themselves doing this?

The game begins some time before it starts, usually at least a day before, often more. You make a treatment decision based on what we long-term pancreas impersonators hilariously think of as 'what normally works', except that, on that day, it doesn't. Undaunted, you take some more insulin and/or carbs that 'should sort this out'. Except that it doesn't either. Or the next thing. Or the next.

Now that the groundwork is in place, the game can begin in earnest. Evenings are my favourite time to play, since that is the time of day when I eat the widest variety of meals often with the highest carb load.

First serve the other day was a carefully carb counted plate of pasta. A meal I have often eaten without suffering undue BG chaos for many years (yes I know... odd isn't it). Bolus delivered and food eaten. 15 all.

An hour an a half later, since things have been a bit unreliable over the last couple of days I decide I should check post-meal just to see how things are going. BG well into double figures. Darn. And pasta has a reputation for being very slowly absorbed too! And I didn't even muck about with extended bolus, blah blah blah. 15-30.

Now I know that the meal dose is still chugging away. But I also know that I really shouldn't have shot up this much by now. Artoo thinks there is plenty of IOB (insulin on board), but from experience it seems that would only be the case if I'm 8 or 9 at this point, rather than 12-point-annoying. Override the advice and whack in another unit. 30 all.

Another hour passes and I come over all hungry. Hmmm. Best be on the safe side. Low 10's. Well OK. Not low then. Still quite a lot of IOB though. And I *did* override. Sit tight or do something else? Pasta will still be going strong right now, won't it? Will it? 40-30.

Then a stunning approach shot... 20 minutes later and for reasons I can never fully explain I pop in another .7u - Deuce.

Then a minute later another one.

Still don't want to test. Too many out of range numbers today and I just don't want to see another in either direction... It's like whatever action I've just taken immediately feels wrong so I have to counteract it before it has a chance to take any effect.

Third of a unit.

Too much surely?! Half a unit. The crowd are in their feet... (I'm milking it for comic effect now).

Finally after several hours, I can resist it no longer. I check again. 5.whatever with umpty units IOB, plus the last few lots of feverish carb corrections and whatever pasta remains still ticking away. Not only that, but (based on which part of the last two day's numbers I consider to still be applying tonight) I could quite possibly expect to rise, or fall, OR stay perfectly level overnight.

So bedtime looms and I have to decide whether to take it to the tiebreaker and wait up for some (most?) of the IOB and/or onboard carbs to work their way out along with whatever I decide to guess at to mop up the remaining IOB.

Or I simply munch a little something, retire, and hope for the best!

I am fully aware that my evenings of 'uncertainty tennis' are largely my own doing. Without a CGM, and when things have shifted such that I have little confidence in what I think ought to happen with a dose or correction I find it all too easy to slip into a rapid rally of insulin and carb corrections.

It would be easier to resist if I hadn't had so many evenings when 'just leaving well alone' meant I spent 4 hours in double figures only to eventually correct with what I had thought of doing in the first place. That and the fact that I've played some amazing games in the past where I've aced a high or low BG into flatline submission with some audacious... erm... 'shots' (sorry!).

Strawberries and cream anyone?