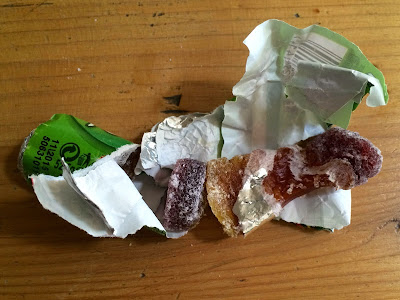 I'm sorry. I wish it hadn't come to this, but I'm afraid it's over between us.

I don't know why you are looking so surprised - you must have known this was coming after how things have been between us over the last few weeks.

We've been inseparable for so long now. Hardly a day has gone by in the last 5 years when I've been apart from you. All those times we've shared. All those adventures. All those scrapes we have got through together. And now it's come to this.

I know the polite thing to say is that this is down to me, but we both know that isn't the case here. It's not me, it's you. You've changed - and not in a good way. It's not just me that thinks so. Our friends have noticed the change in you too. And I'm afraid I can't go on living with you like this. You have let me down, when I needed you most. And then when I forgave you and tried to go on as before - you just went and let me down again, and again. And now I hardly even recognise you. I just don't know who you are any more.

Maybe you are looking for someone else? Someone with deeper pockets maybe? I hope you'll find someone for your future, but I know for certain that it isn't me - not while you are behaving like this.

And it breaks my heart, because we have been in this together for so long. Perhaps I came to rely on you too much? There were times when I thought I could accomplish anything as long as you were by my side. But now? Now I'm just waiting to be let down. Waiting to be abandoned. I can't trust you - and I can't be with someone that I can't trust. 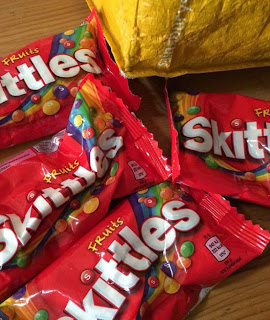 So I'm sorry, but I've found someone else.


For those who have *no* idea what I am going on about... after many years of faithful togetherness it seems that Fruit Pastilles (my pocket-based hypo remedy of choice) have changed their formulation. Over the last fortnight I've had to ditch large parts of several packets which became an unusable gooey mess covered in irremovable tinfoil, occasionally plastered to the inside of my jeans pocket. Nice. The worst discovery was during a training run for my forthcoming 10km road race in support of INPUT. Feeling a bit low and discovering half the remaining pastilles rendered useless 5km from home put me in a pretty tight spot for my run back.

Well... here's a thing. And I still can't actually quite believe that I did what I seem to have done.

The setup
Last night we had a smallish portion of spaghetti as our evening meal. This I realise for many would be a complete no-no, but pasta has typically not been the nightmare for me that it is for many. After little experimentation and tweaking I have managed to work out a reasonably successful strategy so it no longer fills me with dread - we eat it maybe once a month.

My approach (depending on recent results) usually involves a 2.5 hour dual/combo bolus at 60:40 for the calculated dose plus an extra 1u. Previously I'd also needed an extra unit up front too, but had dropped that about 9 months ago following some post-meal dips.

More recently my previously solid post-meal performance has been *slightly* marred by a smallish rise something like 4-5 hours after eating (when the majority of the bolus was waning) so yesterday I decided to rejig my approach a little since I have a Libre sensor in at the moment and can watch what's happening. So last night I went for the calculated dose+1u as 40:60 over 3.5 hours and added the extra unit up front and watched and waited.

Annoyingly I was starting from 8.3, but spaghetti often takes a while to get going for me so I wasn't unduly worried. Stayed pretty steady for the first hour then rose gradually by about 1.5mmol/L towards hour 2. Stupidly during this time I decided to confuse matters by bolusing and nibbling on some snacks that were circulating. By about 3hrs after eating I was 5.2 with vertical down arrows (and DW still chugging away) so I gulped some precautionary Lucozade. Headed off the hypo fine, but then my BG rose and flattened at 8.5-9.5 for an hour and a half (presumably spaghetti kicking in at this point). Then inexplicably at 4.5hrs post-prandial (10.30pm) I had another unexpected BG 'kick' up to something like 11.5 so, getting a little frustrated, I whacked in another unit despite considerable IOB (insulin on board). Sat and waited until midnight and the Libre trace was pretty flat in the 10s-11s - no sign of the 1u or IOB making any impact. Just after midnight I topped-up my IOB to make it the 2u I had intended to go to bed on to counteract the remaining spaghetti fallout.

Just to recap: Spaghetti is usually pretty predictable and not a problem. Added complication of snacking/bolusing/dose stacking/dipping/(over)treating *and* trying a new system all at the same time.

But we've STILL not got to the stupid thing...

The stupid thing
One of the great things about the Libre for me is the ability to see what's going on overnight. And also that if I happen to wake, even for a moment, I can scan and check levels in a way that I simply *do not* do if it requires me to fingerstick test.

I checked at 4am and had been pretty much flatlining around 9.5 since 1am. No insulin left on board. I consulted Artoo who suggested a correction of just over a unit, but I wanted to err on the side of caution so I went for a manual bolus of 0.9u (about two thirds of the recommendation).

I woke three hours later a little groggy and scanned for the Libre to read 'LO'. Artoo showed nearly 2 units of insulin on board.

Checked downstairs via BG meter which confirmed BG was 2.2mmol/L. Bewildered and glugging Lucozade I tried to make sense of the situation...

Checking my bolus history I read that at 4am I had bolused not a cautious 0.9u, but 6.0u. Six units. SIX! My BGs had, not surprisingly, dropped off a cliff around 5.30am.

I simply cannot understand how I managed to do that. Even though one figure is very like an upside-down version of the other, I can't believe I could have made that error as all the buttons etc would be on the wrong side of my robot counterpart if I was holding the pump upside down.

But however it was that I managed to construct that error, there seems no denying that I did it.

And it's not one I'm wanting to repeat any time soon!
Tags: dose-adjustment, food, insulin pumps, units
Posted by Mike at 10:13 1 comment:
Email ThisBlogThis!Share to TwitterShare to FacebookShare to Pinterest