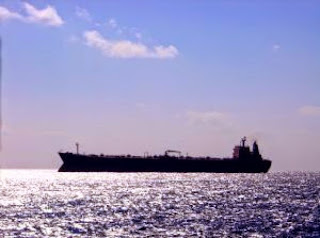 My ups and downs have been a little more up and down of late (read for most of this year, it's still early Spring, right?). Not exactly disastrous, but I've not really managed to ever get things into any kind of groove for more than a week at a time. A bit wearying to say the least.

Part of me knows the best way to improve things is to go back to basics and do some fasting basal tests and tweak my basal profiles based on actual information rather than the (un)educated guesswork I've been relying on for a while. Another part of me is having enormous difficulty summoning up any enthusiasm, since I know that the summer holidays are coming and I'm likely to stop going to the gym for a couple of months which will have a knock-on effect in itself.

So I'm spending my time grumbling and hurrumphing instead (my family are so lucky!).

On the plus side it does give me a chance to jot down this analogy that I've been meaning to for some time. It's something that usually strikes me when my BG levels are a bit errant, and insulin and food are just not playing nicely.

When it comes to trying to balance the effects of food and insulin on blood glucose levels (well and everything else.. but specifically food and insulin), one thing that makes it very tricky is the difference in the speed of action of carbohydrate and insulin. It's not enough to accurately match the dose of insulin to the amount of carbohydrate you are eating - you have to try to ensure that the two act more or less together to reduce BG wobbliness (technical term).

Almost all carbohydrate is very much in the speedboat class. Fans of glycaemic index tables (GI) might agonise over whether something is high GI, medium GI or low GI, but in my experience the differences equate to something being 'almost instantaneous', 'really very fast indeed' or only 'very fast'. Not a great deal of protection against the ravages of a post-meal spike, either physiologically, or that emotional kick in the guts of seeing your levels rise from a decent pre-meal number well into double figures an hour or so later. From the very first mouthful those big outboards start roaring and the carbs go zipping and zooming about, gleefully spraying glucose in their wake.

Insulin, on the other hand - even the fancy schmancy 'rapid acting' analogues can seem painfully slow to get going. More like one of those behemothic oil tankers or container ships. With a great groaning and clanking, the thrum of the plunger on an insulin pen or pump delivers the dose and then... Nothing. Watch and wait. Is it an illusion? Is it actually moving yet? Nope. Still can't see anything happening.

This is particularly the case for me when I am waiting for a correction dose to kick in. I've had to stop myself from checking post-correction BGs before an hour has elapsed. Any less than that and the chances are my BG will be almost unchanged. An hour! Thanks Novo Turgid - not exactly breakneck.

Of course... one of the things about an oil tanker is that once it is moving, there's not a lot you can do about it. All those stories about them needing however many hundred nautical miles to slow down or turn a corner. And so it can feel with rapid insulins.

But on and on, the dose lumbers forward - an unstoppable force. All-ahead full. The tanker has now run straight over those speedboats crushing them to matchwood and we could very well be steering directly toward Port Hypo.

Corrections can be a tricky course to navigate. Artoo tries to help by offering a suggestion of 'Active insulin' - how much dose is still working away, but there are *many* variables to factor into that equation. Sadly I find Artoo's attempts to be the vaguest of indications at best, and often wildly inappropriate to the particular circumstances of the moment.

Patience is the skill I have to master. I am always trying to remind myself that while the spike in my blood glucose levels may have happened in only 45 minutes or so, the insulin correction will only have stopped after something like 4 or 5 hours. If I get impatient and overcorrect in the meantime I am likely to cause myself another problem (and more wobbles) by overdoing it.