My last week of FREEDOM!

Yup, its me again! And this time you might actually want to read what I am saying because it is quite interesting. Then again, maybe its not. The summer holidays have been brilliant this year, and I am making the most of my last week of freedom before I'm back to a new term of homework and hassles. Great. Year seven was an interesting year but not one I would want to do again, and I expect that's what I'll say after year eight. Dad's levels have been much better recently, and although they are often ludicrously high, they are better. My most recent craze has been baking, and thats a bit of a problem if you live with a diabetic. Here is the problem in the form of a sum:

Oh well. Any way, pushing that aside, what I was going to talk about before I got side tracked with the baking craze crisis was my best friend's problems linked with mine. Every where I go I appear to be a disaster magnet, or that's what it feels like anyway. My best friend has been struggling through the last six months, and the school have been pretty useless at doing anything to help so it has only been me as support for her as no one else knows, cares or understands fully the situation she is in. This links in with Dad because it means that I am really feeling the pressure at school and not quite being able to relax at home because of Dad. As I get older I feel more and more responsible for making sure Dad is ok and is jabbing at the right time etc. so my troubles certainly don't stop at home. It doesn't help that my body is raging with hormones! I am a teenager in distress! And although the holidays have been a bit of a break, and Dad's getting better and my Best Friend is pulling through, neither of them are completely better and my thin layer of calmness is all going to fall to pieces when school starts again. Honestly, school is a menace to society. Life certainly isn't a breeze.

PS found out what diabetes is. It's a pain in the neck. Not literally though.

PPS My new favourite saying is 'success, is failure after failure without loss of enthusiasm'! Brilliant!

Tags: family
Posted by Beth at 12:10 No comments:
Email ThisBlogThis!Share to TwitterShare to FacebookShare to Pinterest

Changes, uncertainty and what to do next

I had my appointment through for my Annual Review a few days ago (due early April). A change of staff at the clinic has meant that they have got rather behind. A week or so ago I called to see how things were going and I was offered an appointment in a cancellation slot. As a result I guess I'm feeling that this appointment represents my 'chance' to make some changes that I've been mulling over and I want to make the best of it.

For many years I just attended my annual reviews in a smile and nod frame of mind. If I mentioned a problem, whatever response I got was either something I had tried myself and knew didn't work, or seemed to relate to an entirely different set of circumstances. These days I like to go armed with a few thoughts, questions and, sometimes, requests for new things. This is easy enough when you have heard of a thing that seems to solve, very neatly, a problem you are having. When I had a period of time struggling to remember whether I'd injected or not, a pen which recorded doses and timings automatically was an ideal solution.

So ever since my appointment came through I have been wondering what to do next. There have been whole weeks recently where I've been grin-inducingly happy about my levels. Weeks with no hypos at all. Weeks with very tight control and few if any results outside my target range. Periods where I have felt that I'm winning.

But the weeks when it is not like that suggest that it can be even better.

I've been wondering about my basal for almost all of the time we have been writing this blog. If you are a regular reader, you must be sick of it. The problem is that sometimes it works brilliantly. And sometimes it doesn't. There is an alternative analogue basal (Levemir) about which I have heard Very Good Things for a long time. One of the apparent benefits of Levemir is that it is more responsive to change than Lantus, which can take a day or two to settle into a dose change. Another factor is that it can work well split into two doses. I tried this with Lantus but it didn't work for me. A person's basal requirement is unlikely to be exactly uniform throughout the whole 24 hours. The opportunity to have 2 phases of basal insulin, perhaps one with a bit more, one with a bit less, combined with the rise-and-fall activity profile of the insulin itself gives you a few more options. The job of basal insulin is to hold you steady while your liver is deciding whether to trickle a bit more or a bit less glucose out at that time of day.

Of course the most flexible, tweakable and tailorable basal pattern would be achieved with a pump. To be honest the most flexible, tweakable and tailorable delivery of any insulin would be a pump. About a year ago I wrote a post about not wanting one. In the 12 months since, I've changed my mind perhaps 100 times about whether pumping is right for me. That's before we even get to the question of whether or not any funding-application I made would be supported.

In the last few weeks it's been going round and round in my head again. Benefit. Drawback. Benefit. Drawback. I think I'm now prepared to accept that the fear of 'attachedness' would come to nothing. Everyone seems to have it beforehand, and no one seems to care after about a week. At least not enough for it to detract from the positives they are experiencing. But I still do have genuine concerns over delivery failure and finding good spots for an infusion site (one side of my abdomen is a bit dodgy absorption-wise with some lipohypertrophy from years of lazy overuse).

At the end of the day it feels like any change in regimen has a benefit vs hassle balance that needs to be weighed. If I went Levemir I'd be adding an extra basal injection at some point in the evening. Mostly this would be fine, but some nights it could get right in the way. And any change of insulin would require a fair bit of faffing about getting the doses and timings right. I could, unlike Lantus, get access to a 0.5unit delivery device which recent experience suggests could be well worth having.

Switching to pumping, of course would involve faffing of a whole different order of magnitude. But the potential benefits that I've read about so often still shine out from behind the wall of uncertainty and concern in my head.

Neither one thing nor the other 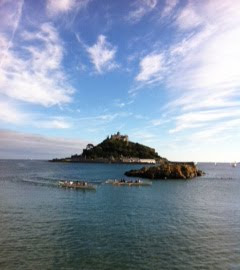 Well... a few weeks into the holiday period and things haven't completely fallen apart control-wise. Yet. We had some time away in Cornwall and perhaps because I feared the worst I've returned feeling that it worked out pretty well. Oddly I seemed to fall exactly between two possible Lantus doses. A unit down and sugars stayed grump-inducingly high, a unit up and I had to fire-fight hypos with regular medicinal ice creams. You can guess which one I opted for. Oh for a half-unit delivery device for Lantus!

When we returned home I dropped Lantus back down, expecting (with more usual meal choices) that things would settle. But oh no... not a bit of it. Diabetes often seems deliberately contrary, confounding whatever expectations I have of what will probably happen next in the general scheme of things. So I reduced Lantus by the one unit which had meant I was needing to drop meal doses by 20-30% and expected that the hypos would disappear, which they did. And then some. After two days consistently in the teens I put Lantus back up again and waited for the hypos to reappear. They haven't. And neither am I needing to reduce meal doses to avoid them any more. If anything I seem to be running slightly high more often than not.

Maybe it was the sea air? The sand between my toes? We did a bit of wandering about, but certainly not what you'd call 'exercise' in any energetic sense of the word. Whatever it was the hyper-sensitivity I had to insulin in Cornwall has mysteriously evaporated and the same doses are now behaving very differently.

To add to the nagging voice in my head about these recent slightly higher levels, my appointment for annual review has just come through. Ideally I'd like to have a few very tightly controlled weeks in the run up to my HbA1c. After all I've had a few in recent months.

How hard can it be?
Tags: blood-glucose, holiday, lantus
Posted by Mike at 12:44 No comments:
Email ThisBlogThis!Share to TwitterShare to FacebookShare to Pinterest