When it comes to cholesterol and heart disease however, there seem to be three types of people in the world: Firstly those who think fat is bad, cholesterol causes heart disease and statins should basically be put in the water supply; Secondly those who suggest cholesterol is a natural healthy substance, saturated fat is fine and doesn't affect serum cholesterol anyway and that statins are at best ineffective and at worst part of an evil plot by Big Pharma to make vast sums of money and hang the consequences to anyone who takes them. Thirdly there is the group that watches the two extremes bicker and squabble. That reads report after report each debunking the other's 'evidence' shrugs our shoulders and wonders what on earth to make of it all.

You may be able to tell that I am firmly in the third group.

I have tried to write this post many times before. Almost always after the release of some study or other which shines light on it (from either direction) in a pretty conclusive way. But each time this happens, almost without fail, within a day or two I will see something else that eloquently argues exactly the opposite point of view - and I find myself back at square one. So I have given up waiting until I have made up my mind one way or another and decided to just pour it all out. To try to explain my confusion - probably mostly to myself. It will be rambling, contradictory, borderline-incoherent, and in reality I should probably re-read it and get rid of at least two thirds of it. But I'm not going to spare you that, dear reader. You will just have to suffer along with me.

At the outset it is crucial to remind you that I have absolutely NO medical expertise whatsoever. This is not advice (perish the thought!). I don't understand most of this stuff enough to apply it to my own situation, let alone anyone else's. I know people that take Statins and get on well with them. I know people that have had terrible experiences with Statins and would not touch them with a bargepole.

The last time I nearly wrote this post was April this year when I read this report of the HOPE trial. I found this particularly interesting, because it talks specifically about 'primary prevention'. That's medical shorthand for giving people some medicine to prevent a thing happening that they might be at increased risk of.


“Statins work beautifully, resulting in a high significant relative risk reduction of 25%,” said Yusuf. Further, statins were “relatively safe,” though there was a small excess in muscle pain, but not rhabdomyolysis, in the statin-treated group.

Wow! 25% less chance of heart attack or stroke. Sounds pretty worthwhile. And HOPE-3 focussed on a population at 'intermediate risk'. So these are benefits that were shown to exist even where increased risk was only fairly modest. This caught my eye because you don't have to live with type 1 diabetes for long before people start telling you that you are going to die of a heart attack. That's what does for most of us, apparently. However perky your blood glucose management is generally, living with T1 you will almost certainly be having significant glucose excursions that 'nonnys' would never have. Of course you can significantly reduce your theoretical risk by keeping a lid on your blood glucose levels and HbA1c - but therein lies the snag for people trying to view any of this research and apply it to their own situation. Risk calculators don't work if you have T1. And primary prevention studies that take a cohort of people with a UK-average HbA1c of 9% or so, might have a different risk to you as an individual depending on your own fortunes wrestling the Diabetes Gremlins. Benefit shown to those at 'intermediate risk' was certainly interesting though. I've not had a heart attack, I'd like to keep it that way and I'm getting older year by year.

I had promised my clinic that I would continue to keep an open mind about the cholesterol issue, and perhaps this was it - the primary prevention study I had needed to convince me that it was worth trying a Statin and seeing how I got on with it, in the hope that my undoubted increased risk of heart-based shenanigans might be reduced by 25%.

The elephant in the room, of course, is the term 'relative risk'. Studies, particularly Statin studies, are quite keen on using that frame of reference as it usually gives a nice Big Attention Grabbing Number. So if your risk of something happening was 0.1% and it dropped to 0.08% it might sound pretty meagre. But you could express the same change as a 20% reduction in relative risk, which sounds much more weighty. Hmmmmmmm.

Hot on it's heels, if not chronologically but more in terms of the way I stumbled across things was this rather sensationalised tabloid reference to a study by Professor Harumi Okuyama, of Nagoya City University, Japan. This time, taking Statins can actually apparently *make things worse*. Harden your arteries and increase your risk of heart attack.

This was followed swiftly by this piece by Cardiologist and confirmed Statin sceptic Dr Aseem Malhotra which raises some well-worn questions over the entire evidence-base behind cholesterol-lowering drugs and the refusal of the companies to release the raw data on side-effects.


"biased reporting in medical journals, commercial conflicts of interest and medical curricula that fail to teach doctors how to understand and communicate health statistics was contributing to an epidemic of misinformed doctors and misinformed patients."

reputed French Cardiologist Dr Michel De Lorgeril's own analysis reveals that all studies published after 2006 reveal “no benefit” of statins for cardiovascular prevention in all groups of patients.

I'm not even going to open the can of worms that links Statins prescribed to people without heart disease and a doubling of their risk of developing Type 2 Diabetes. Frankly I have enough on my plate with the diabetes I already have.

And again here, from just this week. Another article that confidently suggests nails in the coffin of the cholesterol hypothesis.


Dr John Abramson, a health policy expert from Harvard Medical School, looked at the HOPE-3 trial and told me the effects were meagre indeed: “91 people have to be treated with a statin for 5.6 years in order to prevent 1 non-fatal heart attack or stroke.” Another way to say this is 90 of the 91 people who take statins for that long won’t see a benefit (and some will experience adverse side effects).

The observant among you will be smiling that exactly the same HOPE trial mentioned above with glowing 25% reductions in risk and very low side effects is now being interpreted as having almost no effect whatever *except* the possibility of side-effects. Though of course, for the 1 person out of 91, the 'not having had a heart attack' would probably be seen as quite a benefit. I wonder how you get to know that you are that 1 person and not one of the other 90. How exactly you notice that something is not happening to you because of a tablet rather than it just not happening to all the others.

And yet... and yet... Most doctors and scientists in the world seem to remain convinced of the link between heart health and lower cholesterol. 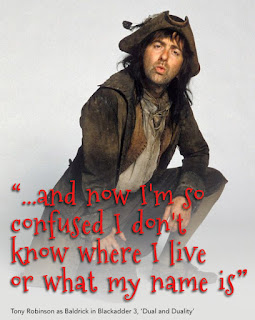 My basic problem
Over the last 4 or 5 years I have read a number of posts and articles from people who raise questions over the whole lipid/fat/cholesterol/heart hypothesis. I know that for some of you this will ring alarming tin-foil-hat klaxons, but articles like this (higher cholesterol associated with lower mortality overall *including* heart disease) and this (what causes heart disease anyway) are an entertaining read - and I cannot help it - but they do seem make a lot of sense to me.

I know that for some (many? most?) healthcare professionals some of these characters are a sort of... well, if not exactly laughing stock - certainly not voices to be taken seriously. People who insist that everyone else has it wrong and only they know the truth. Eyes roll. "OK then, if you say so. Never mind dear."

Perhaps it is precisely because I am not medically educated, that I have not learned and trusted the basics of the 'status-quo'. I have less invested in one way of thinking about cholesterol and heart health - and so it is easier for me to read these other arguments and think, 'Well that's interesting.'

Of course, proponents of the mainstream viewpoint will point to decades of scientific research and understanding that have brought us to where we are. For them the lipid-heart hypothesis is an unshakeable fact. And this or that or the other study* has shown that lowering cholesterol really does work. Most of their peers think the same. So take your tablets and feel safer.

*('Funded and published by the people that make the tablets!!' cry the sceptics)

And around and around I go...
Climate change
The other day, all this made me think about climate change. A decade ago there was a funny little film by Davis Guggenheim and Al Gore called 'The Inconvenient Truth'. We don't even think about it much any more really. As I am sure many of you will remember, the eponymous 'truth' was that the actions of the human race had built up over time and were affecting the climate of the entire planet. Greenhouse gasses, climate change and all that. What struck me was the way that the voices that first raised these ideas from as early as 1896 were initially dismissed perhaps even ridiculed for their line of thinking. Not only that, but now that global warming has been firmly adopted into the scientific mainstream there are still contrary voices. Voices who will insist that for all the evidence that it is unmistakeably happening all around us that climate change is Nothing To Do With Us. That the whole thing is a hoax. A scam. Deniers who will wrap their arguments in convincing-seeming scientific language of planetary cycles, solar variation and internal radiative forcing. There's a conspiracy theory for everything it seems.

And I wonder where we are with cholesterol and heart health? Who is on which side? Will the ones who are being ridiculed ultimately turn out to have got it right? Or at least, made steps in the right direction? Will the mainstream position change in the light of more and better and more independent evidence? Or has the mainstream got it right already and are the cholesterol-deniers just confusing everyone.

I really wish I knew the answer. Because however many times I try to unpick this I always end up here. Shrugging and thinking... well I don't know! Which doesn't really do enough to convince me to take a tablet every day for the rest of my life.
Tags: Big Pharma, complications, research
Posted by Mike at 17:16
Email ThisBlogThis!Share to TwitterShare to FacebookShare to Pinterest