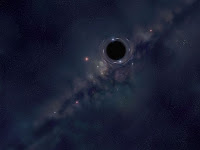 A few weeks ago I wrote an open letter to Diabetes UK raising concerns about the advice given to diabetics when prescribed insulin. There are something like 6,000 newly diagnosed type 1 diabetics every year in the UK. If you add the number of type 2 diabetics put on insulin the figure would rise substantially. I'm not 100% sure when DSNs stopped giving carb-counting advice as standard in the UK, but at a guess it would be 10 years ago. If only half the newly diagnosed T1s are affected that's still 30,000 people being given insulin doses to take every day and no information to manage them effectively.

I am so outraged at the current situation that I copied the letter to my MP, the Minister of State for Health (with responsibility for long-term conditions) and NICE (the National Institute for Clinical Excellence). I'm pleased to say that I have now had responses from everyone. The content of some of those responses saddens me greatly.

The first reply I had was from my MP, who said she had written to the Department of Health and would let me know when she received a response. So far so good.

10 days later I had a reply directly from a Department of Health 'customer service centre' minion. The basic thrust of the letter was that the value of patient education was recognised and that luckily they have already put guidelines in place that make it all fine. DAFNE... local NHS... local PCT... allocation of budget... maximum benefit of local patients...

The reply from NICE went into detail about how carefully they sort out and their guidelines. Guidelines which, in the case of T1 diabetes in the UK, are not up for review until 2013.

And here's what is depressing about these responses. The NICE guidelines themselves are not that bad. But they don't actually say anything. They only cover broad principles, and it would be foolish to suggest that they could do anything else. If you have been told (by your trained DSN and/or dietician) that you can take your fixed dose and then eat whatever you like, whenever you like as long as you wear odd socks, this advice meets NICE guidelines. If your local PCT has decided that this advice constitutes a 'structured education programme' anything goes.

What the NICE guidelines do say is that proper education for T1s is crucial. They state that everyone should have access to a DAFNE course, or equivalent. They make the point that typically, a properly educated carb-counting diabetic reduces HbA1c by 0.9-1.1%. This correlates to something like a 30-40% reduction in development of diabetic complications. Even at DAFNE's fairly hefty £545 per person/per course pricetag it is still expected that the reduction in complications (and their attendant cost) will put PCTs that run the course in profit. Some PCTs however are taking a rather shorter view of things. Some patients are paying the cost.

By far and away the most encouraging, proactive and positive response I had was from Diabetes UK. Zoe Harrison, a DUK clinical advisor and DSN, took the trouble of telephoning to talk things through with me. She agreed with me that there is a black hole in diabetes education in the UK. She and Diabetes UK recognise that thousands of diabetics are being badly let down by their clinics. Not taught to carb count. Not taught the relationship between carbs on the plate and units of insulin injected (even when those doses are fixed).

DUK have added a comment to the earlier post which talks about patient education materials which they have developed and successfully trialled, and other materials being developed to educate the Healthcare Professionals themselves. Budgets permitting...

Speaking of budgets, it's a sobering thought that just one trip to A&E by a diabetic who gets into hypoglycaemic trouble because they have never been taught to count, measure or monitor their carbs costs the NHS £1,034. The cost to the NHS of three afternoons of training in a local Diabetes Clinic? £66.

I sincerely hope DUK's efforts pay off. Money is found. Diabetes clinics start telling people what they did about carbs 20 years ago. The alternative? Here are some anonymised experiences under the current guidelines:


"Well you will not believe it but if you are not taught the basics of carb counting then guess what, the advice is zero, zilch, nada, nuffink" ('A' type 1)

"I was diagnosed as T1 6 years ago. The basic introduction I was given was just that. Basic. I was instructed in MDI during one very traumatic diagnosis day.We touched on carb counting and DAFNE, but only to say that they existed and that I might one day be taught." ('M' type 1)

"I was told what dose to take and sent on my way, I had to report what my pre-lunch figures were on the phone to the nurse every day for 10 days and she kept on telling me to increase the morning dose by 2u. What I didn't realise, was that I was unwittingly reporting the pre-lunch figures which were high as a result of over-treating the regular 11.30 am hypo. After some months I was fed up with the swinging BGs, regular hypos etc and weight gain that came from heeding the dietitian's advice to eat starchy carbs with every meal. So I got online and met a group of people who helped me. I fought tooth and nail to get onto MDI which I did. I asked the DSN (yes, I've seen a real one twice) about Carb counting and she said "We don't offer that service" ('PE' LADA)

"I don't get this carb counting malarky, I have asked my DSN but she says, 'It's complicated and we'll look at it in the future.' In fact I don't even know what carbs are..." ('P' type1)

"...spoken as one who has been refused carb counting education and was put onto 4 units novorapid with evening meal" (V type 2)

"A basic introduction would suffice, but if DAFNE is available, take it as it gives you a much better understanding of all aspects of the condition. Personally it turned my diabetes around." ('NR' type 1)

"My HBA1C about 7 months ago was 9.2, I started carb counting in September 2010 and my HBA1C in October was 8.3. Yesterday my HBA1C was 7.8!! really pleased with that, especially as I've not had many hypos to give a better 'false HBA1C'.

I'm not after any pats on the back but I do feel annoyed that I have had Type 1 Diabetes for 14 years before anyone had even told me about carb counting!! It makes me wonder how many other type 1's are out there in the same position?" ('P' type 1)


If you are interested, you can read the original letter to Diabetes UK here: Not counting, the cost.
Tags: basal-bolus, carb counting, Diabetes UK, food
Posted by Mike at 16:09
Email ThisBlogThis!Share to TwitterShare to FacebookShare to Pinterest